As the year of the dog begins on Friday, and the annual spring festival gears up, Chinese families are getting set to celebrate, and they’re doing it with their own regional foods.

China is as geographically huge as it is in population, with several regions claiming their own cuisine and unique ingredients many Kiwis may not have heard of, whether it’s the wild and spicy west, stodgier north or sweet east.

There’s going to be many a hot pot had in communities across the country, and plenty of dumplings consumed. With the help of Chinese website SkyKiwi, we spoke to members of the New Zealand community about regional cuisines. CANTON AND THE SOUTH

Cantonese cuisine is an all-encompassing term for most of South China’s cuisine. Guangzhou, capital of Guangdong province, is considered home to the cuisine and shares similarities with Hong Kong food.

Auckland’s Guangzhou Hot Pot general manager Harry Cai says the cuisine highlights the flavours of the ingredients, with a focus on fish and steam cooking, rather than adulterating the “original flavour”.

Steamed pork, mince, fish and eggs are among the many meats typical of Cantonese cuisine. Hong Kong cuisine is very similar, based on all the same products, he says.

Thanks to a more temperate climate, the cultivation of rice is historically prevalent. the region lays claim to many of China’s rice-based dishes and is often served on the side.

Char siu pork and roast duck (not to be confused with Peking duck) are also from the region, he says.

The Cantonese typically enjoy healthier-style food, Cai says, so steamed vegetables and tofu is popular too.

When it comes to special occasions, such as New Year, hot pot is the go-to – although not limited to the south.

Cai says it’s the equivalent of the Kiwi barbecue, in the social aspect, where people gather around to cook for each other and consume the meal over a long period of time.

Canton is also home to dim sum, the small dishes served on carts at yum cha like dumplings, rolls and buns.

Daphnes Restaurant owner Daphne Kiriaev, who originally hails from south-east Shanghai, serves both Cantonese and Szechuan cuisines in her Christchurch restaurant, but says the two cuisines are quite different.

There’s a medicinal quality to Cantonese cuisine, she says, which proves quite popular throughout the region. The central region of Szechuan’s food is widely pronounced by its namesake peppercorn and hot chillies, which can be seen tasted in dishes such as chilli oil-spiked ma po tofu, twice-cooked pork (hue guo rou) or dandan noodles. Szechuan’s other exported dishes are found in gong Pao chicken (typically known as kung pao).

Szechuan also has its own hot pot for celebrations, spiked with hot chilli oil.

Kiriaev says the region’s cuisine is all about the added flavour, instead of the main ingredients – the opposite of Canton – but it’s not all about lighting tastebuds on fire.

There is a balance every cook from the region tries to achieve through different flavours and temperatures. It’s not uncommon to find cold noodle dishes with incendiary flavours, some of which might turn the stomachs of the uninitiated foreigner (ox tongue and tripe comes to mind). New Zealand’s Szechuan restaurants are rather prevalent too.

The cuisine makes the most of pickling, complex sauces such as yu xiang, and has its own riff on roast duck – smoked with tea leaves – so there is more to Szechuan than its spicy reputation. The coastal region of eastern China hosts several regional cuisines, however they are largely reliant on the coast, rivers and mountains – possibly best explained through Shanghai’s cuisine, an amalgamation of the surrounding regions.

Cai says, on the whole, Shanghai foods are generally a lot sweeter and often paired with sour flavours. Despite being near the sea, they don’t eat much fish in the region.

The Changjiang River provided plenty of carp and shrimp instead. However, in Shanghai today, it’s easy to find food from all around China.

“The east of China, they would prefer deep-fried, with sweet and sour flavours,” Cai says.

The food also tends to be soft in texture, think shaomai and soupy dumplings like xiaolong bao, and braised meat dishes with succulent meat. 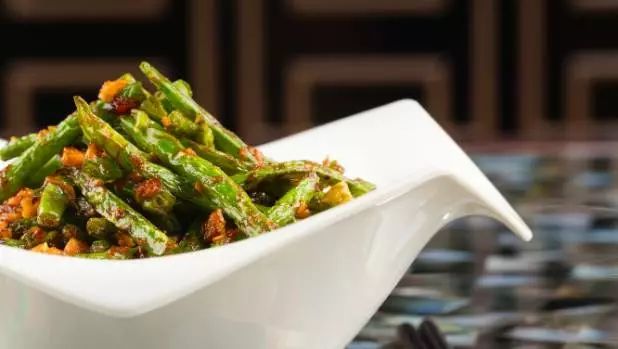 Thanks to the north’s frigid climate, the cuisine is home to meatier meals with plenty of flour-based accompaniments. The north is widely regarded to be the home of the dumpling, in all its forms, Cai says, because of the amount of wheat cultivated in the region.

The harsh winters are where the flour comes into its own, in the form of noodles, dumplings or mantou – a steamed Chinese bread. One of the most famous dumplings is jiaozhi, not dissimilar to Japanese gyoza, found in fried form (guotie), in soup or steamed.

But, there’s one dish that cannot be skipped when speaking about Beijing: “Peking duck, everyone knows that,” Chu says.

Served with plum sauce, apple, date and plum woods create glass-like crispy skin and soft duck meat, atop of thin pancakes with spring onion, the dish is a worldwide favourite.